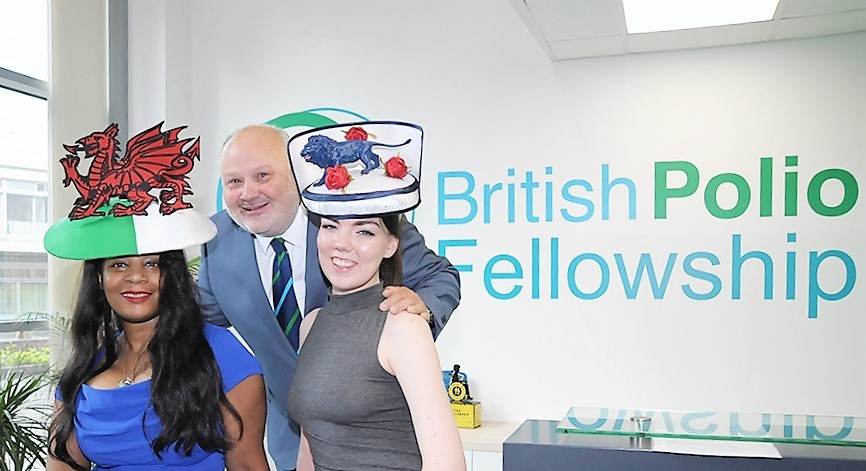 I was given Brief  to design hats based around sporting themes which where already chosen by the British Polio fellowship CEO Ted Hill. Such as Wales, England, Saracens, London Wasps, IRFU, Tottenham Hotspur, Leicester Foxes, Scotland and also to translate the Purple Hounds company logo into a hat. The main goal was  to help raise awareness of Polio Fellowships stands for and the work the fellowship does to help people who suffer with the disease.  This project was a huge success that ensured the British Polio Fellowship’s profile was raised beyond all expectations due to the media frenzy that House Of Charles collection created it allowed the Fellowship to secure interviews along with Myself with BBC television, Channel 4 and Sky news.

Featured above The Fellowships CEO Ted Hill, Phoebe Plomer from Beyond PR and Myself (Janice Charles) wearing the Wales hat.

House of Charles with River Island